The closing ceremony of THIMUN 2021 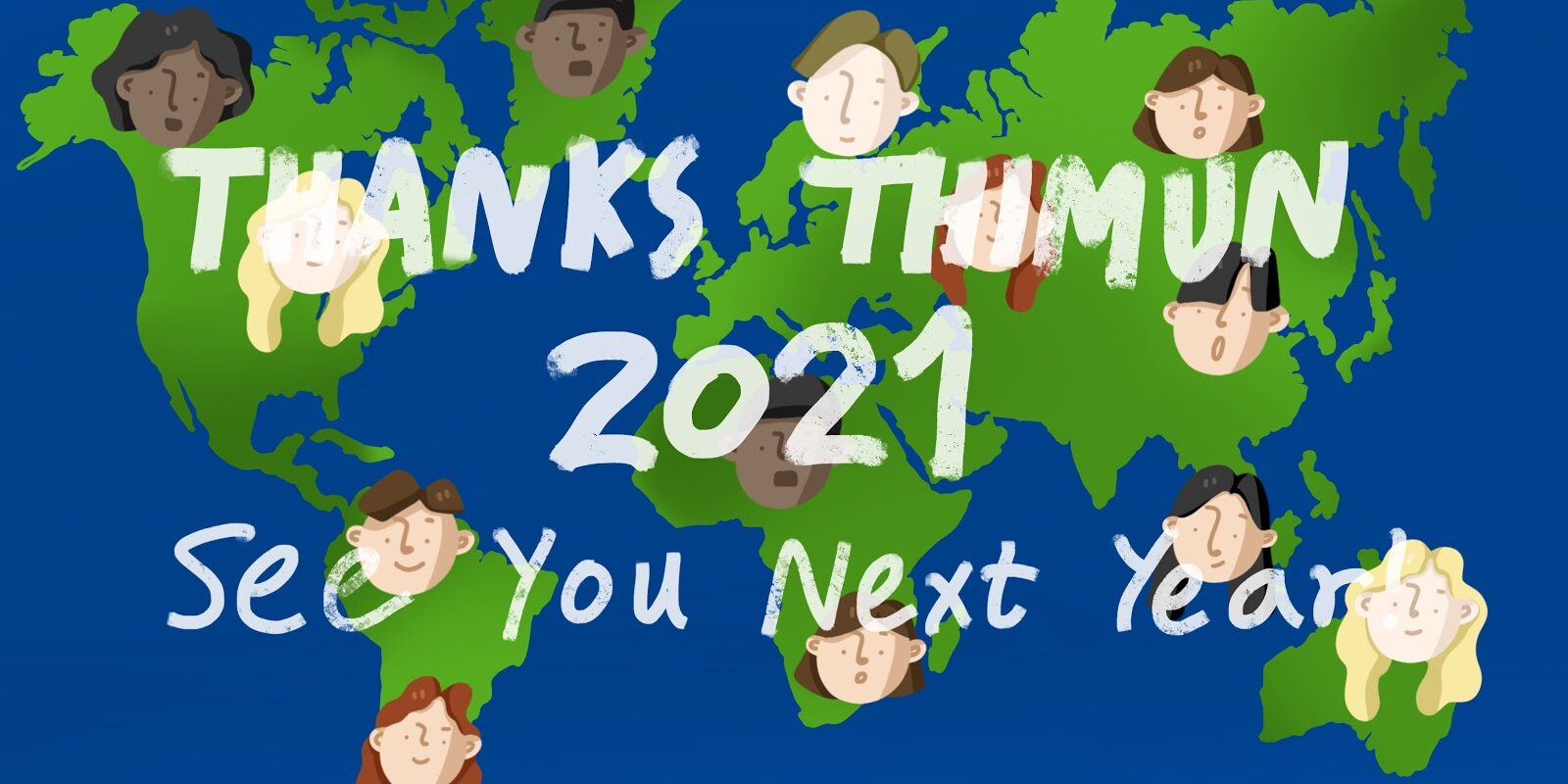 The opening ceremony of THIMUN 2021 foreshadowed its closing.

As all good things come to an end, the conference did so on a positive note. Indeed, the closing ceremony this year was live rather than recorded. Unlike the opening ceremony that seemed too much of a challenge to conduct live with the uncertainty of beginnings, every participant of THIMUN seemed to have found comfort in the new system by the end of the week.

With an astonishing number of  3,200 students from 200 schools in  100 different countries gathering at THIMUN each year, the 53th conference has lived up to the hype despite being virtual. The opening ceremony entertained 1,500 spectators: the Board was hoping to welcome just as many in the closing of the conference, and it did. The President of All Committees started and closed the ceremony with his speeches. Alongside him were the DSGs, executive team, co-chair board members and head chairs of committees, giving shorter or longer speeches in their turn. The Deputy Secretary General as well as the Secretary General gave heartfelt speeches that vest in us the responsibility to carry on their inviolable commitment to THIMUN into 2022. Their first pride is the translation of the conference onto a digital platform. As the floor of the ceremony was yielded from one representative to another, the confidence they inspire in delegates appeared evident. There is no time zone or workload that hindered the team this year.

Despite the artistic cartoon exposition that sadly did not take place this year, the usual artistic dimension of THIMUN seemed to have come from the very source of the conference: digital engagement. The settling feeling of similarity and friendliness erased the kilometers between us all; it seems that distance is negligible. The discussion stunted by the lack of artists’ submissions by delegates and photos taken by press members are counterbalanced by the art produced by this melting pot of perspectives, as well as the art of collaboration and discussion.

Every member of THIMUN is enriched in 2021,  as “growth is [impossible] without change” (Bhuvi Gupta, Secretary General)

Thank you THIMUN 2021, a one and only experience.