I am not broken. I am not confused. I do not need to be “fixed” 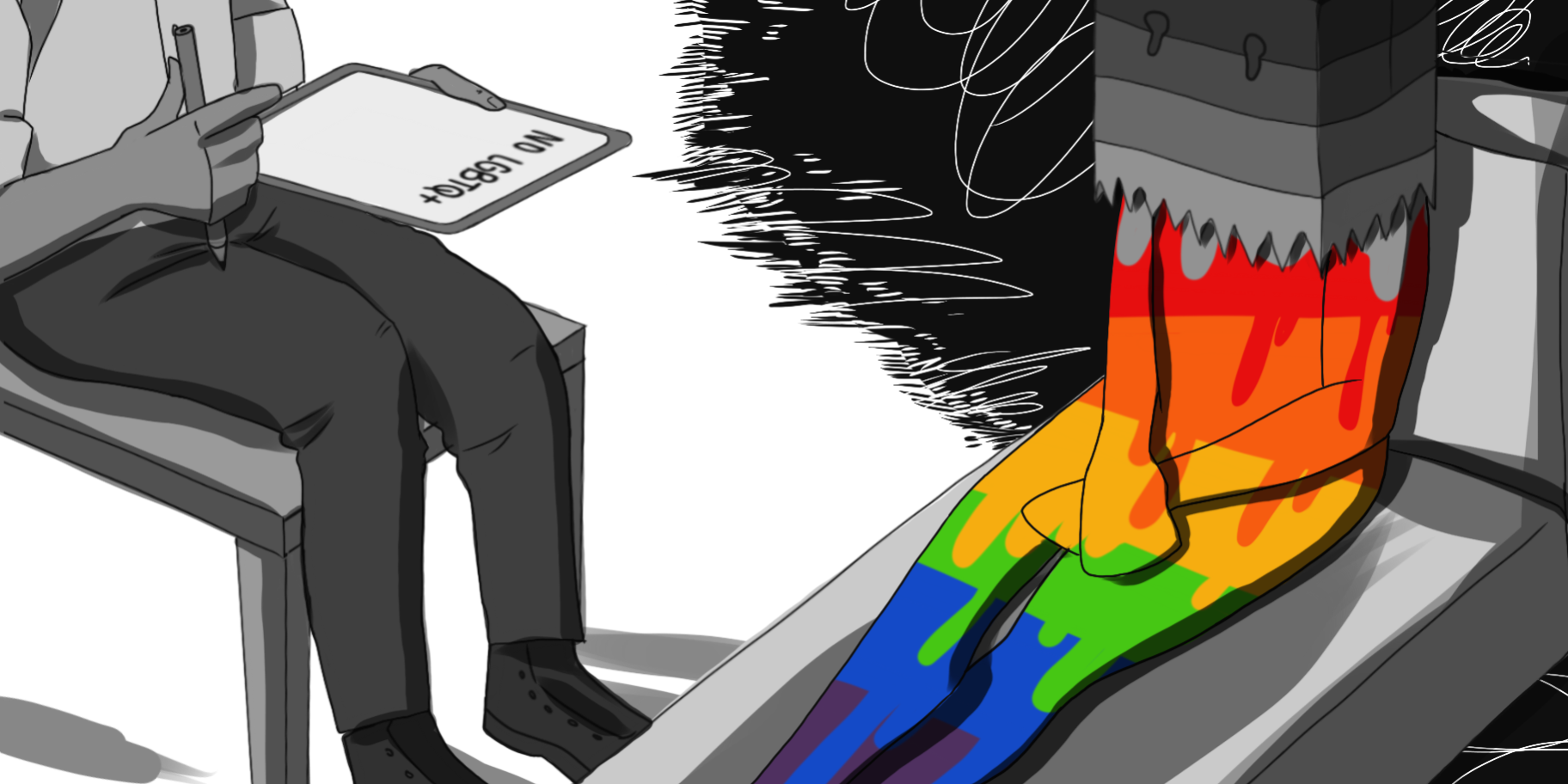 In December 2014, a tractor-trailer traveling down Interstate 71 in Ohio struck and killed Leelah Alcorn.

Alcorn, who identified herself as transgender, had posted a suicide note on her Tumblr where she described her isolation, desperation, and feelings of depression she blamed, in part, on the “conversion therapy” her conservative Christian parents forced her to undergo. Alcorn’s parents believed their “sick” child could be forcibly turned back into a boy and thus “cured” of her attraction to males.

When I began my research, someone told me that I need to remain objective and represent both sides equally because the subject of conversion therapy is mostly a religious issue and people’s faith needs to be respected. To that, I believe you do not have the privilege of “objectivity” when talking about people being subjected to psychologically and physically cruel and inhuman conditions. Religious faith should be respected as long as it does not disregard people’s existence. So-called “conversion therapy,” sometimes known as “reparative therapy,” is a range of dangerous and discredited practices that falsely claim to change a person’s sexual orientation or gender identity/ expression. Such practices have been rejected by every mainstream medical and mental health organization for decades, but due to continual discrimination and societal bias against LGBTQ people, some practitioners continue to conduct conversion therapies. The belief that LGBTQ people can be “converted” has roots in a rift that stretches back nearly 50 years when it was believed that homosexuality was a psychiatric disorder. Nevertheless in 1973, the American Psychiatric Association removed it from the Diagnostic and Statistical Manual of Mental Disorders, saying it was no longer a sociopathic personality disorder, making it a scientific fact that homosexuality is not a disorder and does not need to be “cured”. My original plan for this article was to focus on bringing people’s attention to the striking and disturbing facts, such as that in the U.S 77,000 LGBTQ+ youth will undergo conversion attempts before they reach adulthood and how LGBTQ+ people who have undergone conversion therapy are almost twice as likely to attempt suicide. However as I kept digging deeper into the deranged world of conversion therapy, I found myself in tears over the lengths people are willing to go to reinforce stigmatization and disseminate the belief that being gay is abnormal, sinful, and one who identifies as such deserves rejection by society. Reading that 31% of the LGBTQ+ people who underwent conversion therapy in the U.S received “treatment” from a medical professional/ health care provider made my heart skip a beat. This statistic simply should not exist and the fact that it does is appalling. Medical professionals are trained to objectively and scientifically assess and diagnose patients; they should not be allowed to abuse their power and push their own beliefs onto struggling patients.

The biggest hypocrisy of them all is the religious aspect of conversion therapy. Religious leaders have used “God’s word” as an excuse to abuse and torment LGBTQ+ children and adolescents, unconcerned about the consequences of their actions. It truly is puzzling that religion is used to promote the alteration of one’s sexuality since a religious proponent would assume that God is supposed to make no mistakes in his creations. If these religious fanatics truly believed that God had a reason for creating all humans and that in his eyes everyone is valued equally, they would not be reinforcing their heterosexuality onto others. As the Bible says, “Love thy neighbor as thyself”. It should be noted that in the past decade an overwhelming amount of religious leaders have come forward denouncing conversion therapy. However, there is still a long way to go as the results of conversion therapy can be devastating.

People’s sexualities are not a matter of debate, and I am exhausted listening to people debating my right to exist and love freely.

Any type of conversion therapy is based on intolerant, inaccurate and outdated assumptions about gender and sexual orientation, with people taking a non-pathological entity and initiating a non-evidence-based intervention without considering the harm they are doing along the way. Conversion therapy can lead to a multitude of psychological distress, from feelings of isolation to low self-esteem. Many who have undergone this process ended up with long-term mental health problems: anxiety, depression, self-image issues, and in many cases, incidences of self-harm and suicide.

Following conversion therapy, people might also feel ashamed of their identity and become reticent about their sexual orientation or gender identity in workplaces, with their families or in society at large.

Beyond ending harmful practices, supporting the acceptance and inclusion of people of all gender identities, gender expressions, and sexual orientations is critical. People’s sexualities are not a matter of debate, and I am exhausted listening to people debating my right to exist and love freely.